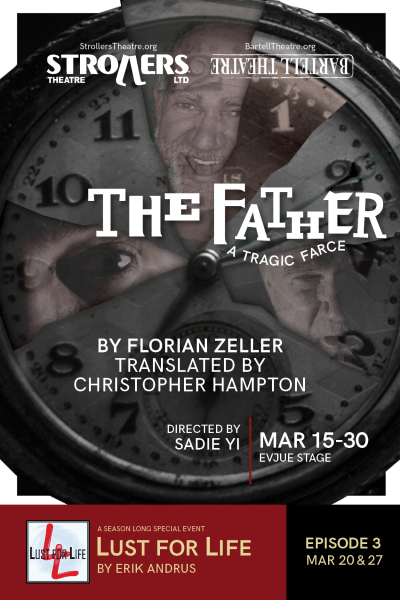 The Father: A Tragic Farce

Andre seems to be having trouble remembering where he placed his watch, as well as his old job – not to mention what his own daughter’s face looks like! As Andre slips further into dementia, his daughter Anne struggles to strike a balance between his daily care and her own autonomy.

Winner of the 2014 Molière award for France’s best play, The Father – brilliantly told with humor and empathy – treats audiences to a heart-wrenching glimpse into despair from the loss of self.

Catch all of the details in the Program.

The Father: A Tragic Farce will be performed on the Evjue Stage.

Approximate run-time: 90 minutes with no intermission