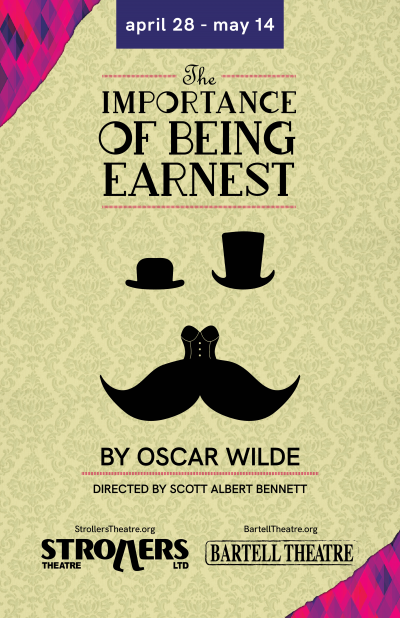 Cecily and Gwendolen are both in love with the same mythical suitor. Jack has wooed Gwendolen as “Earnest”, while Algernon has also posed as “Earnest” to win the heart of Cecily, Jack’s ward. When all four arrive at Jack’s country home on the same weekend, pandemonium breaks loose!

This farcical comedy about mistaken identities, secret engagements, and lovers’ entanglements still has bite, as it lampoons the Victorian upper class and exposes their hypocrisy.

Our production will be cast gender fluid to further expose the rigidity of gender roles and expectations in turn-of-the-century culture… and today. Wilde found great pleasure in making fun of the Victorian upper class, and they enjoyed being made fun of by Wilde… that is, until directly after Earnest premiered and he was exposed as a homosexual. Wilde never apologized for his relationships with men and his ultimate message about being true to ourselves despite what society expects or demands makes The Importance of Being Earnest as relevant today as when it was first presented.

For more details, check out our program!