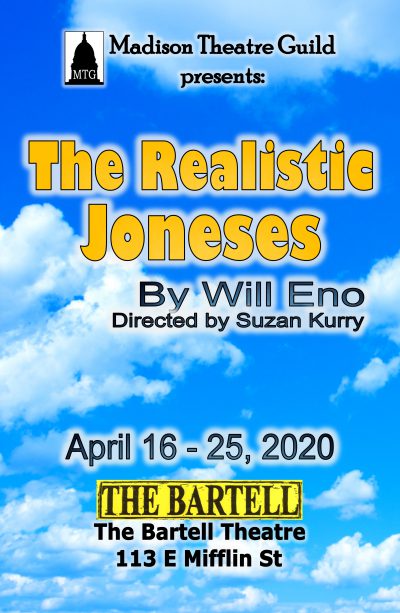 Funny, moving, and weird, The Realistic Joneses presents a young couple, John and Pony Jones, who end up moving next door to the older Jennifer and Bob Jones, no relation. Slowly, the two couples learn they share much more than a last name. As their relationships begin to irrevocably intertwine, the Joneses must decide between their idyllic fantasies and their imperfect realities.

The Realistic Joneses premiered on Broadway in 2014 and was nominated for three 2014 Drama League Awards. Playwright and Pulitzer Prize finalist Will Eno also received a 2014 Drama Desk Special Award “to recognize excellence and significant contributions to the theatre” for his work.

The Realistic Joneses will be performed on the Evjue Stage.