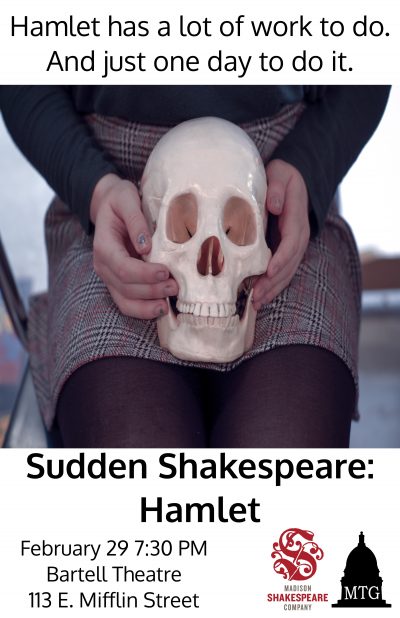 The Prince of Denmark has a lot of work to do.
And just one day to do it.

Madison Shakespeare Company takes on the legendary Hamlet with a major twist: actors get all the time they need with their scripts, but just a few short hours to rehearse. Inspired by concepts like Bootleg Shakespeare and Back Room Shakespeare, along with the original practice of The King’s Men, Sudden Shakespeare pushes the entire creative team to their limits.

Sudden Shakespeare: Hamlet will be performed on the Drury Stage.