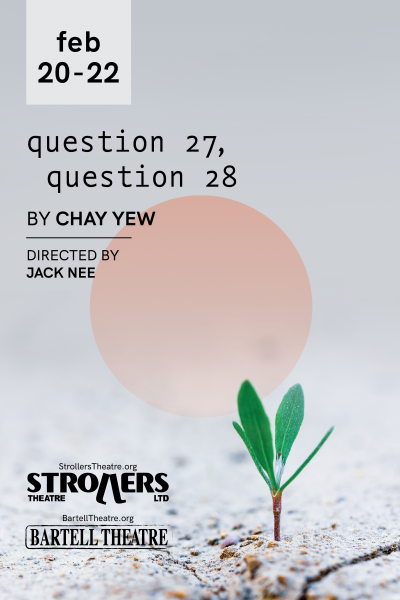 This documentary theatre piece recounts the history of Japanese Americans forcibly removed from the West Coast, and incarcerated in concentration camps across the United States. Using the interviews, transcripts and testimonials of Japanese American and non-Japanese American women, real stories from World War II and its aftermath are recalled, including the “loyalty questionnaire” of the play’s title.

Question 27, Question 28 will be performed on the Drury Stage.