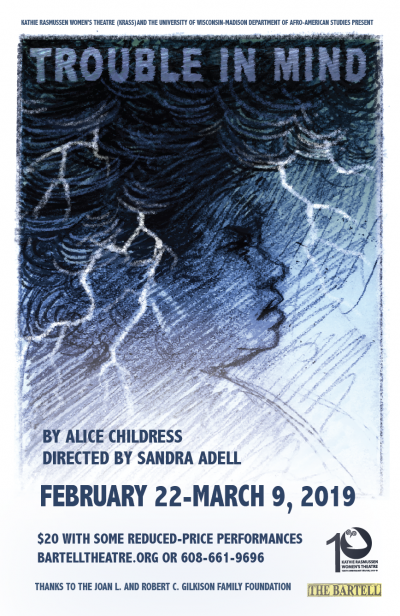 Broadway, 1957. An integrated theater company gathers to rehearse a new play—likely the next big hit on the Great White Way. Veteran actress Wiletta Mayer grapples with the choice between a once-in-a-lifetime chance to play the lead role in a Broadway show, and the cost of compromising her principles, as her white director and playwright fail to listen to cast members’ objections to the representation of African American lives. Trouble in Mind is a  groundbreaking backstage story of egos and attitudes, and an insightful look at who we are and who we want to be in a racial milieu far too familiar six decades after it won an Obie Award.

Trouble in Mind will be performed on the Drury Stage.

For more information on this event, visit the Krass website.