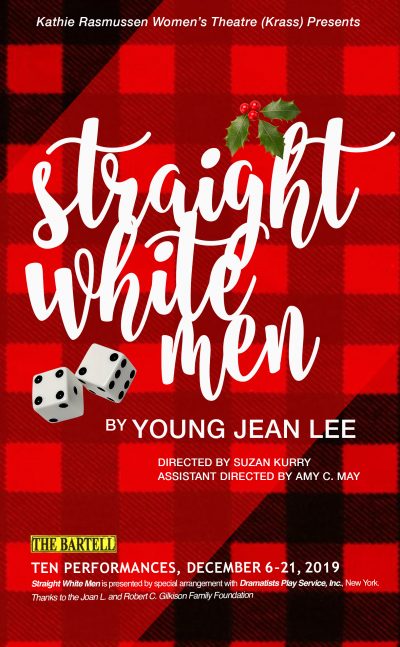 It’s Christmas, and Ed and his three grown sons are all under one roof again. Amid the tree decorating, pie eating, brotherly horseplay, and traditional Christmas Eve pajamas, the men are all dealing with the pressures of life differently – occasionally to each other’s frustration.

Anyone with sons and brothers is sure to appreciate the expertly crafted humor in this heartfelt and lively comedy, which begs the question: is it okay to be happy with mediocrity?

In 2018 Straight White Men became the first play written by an Asian-American woman to be produced on Broadway. Shortly after the show opened, GQ conducted this interview with playwright Young Jean Lee, which beautifully outlines Lee’s intentions and creative process.

Straight White Men will be performed on the Evjue Stage.

Approximate run-time: 90 minutes; there will not be an intermission

For more information and special offers, check out the Krass Facebook page.