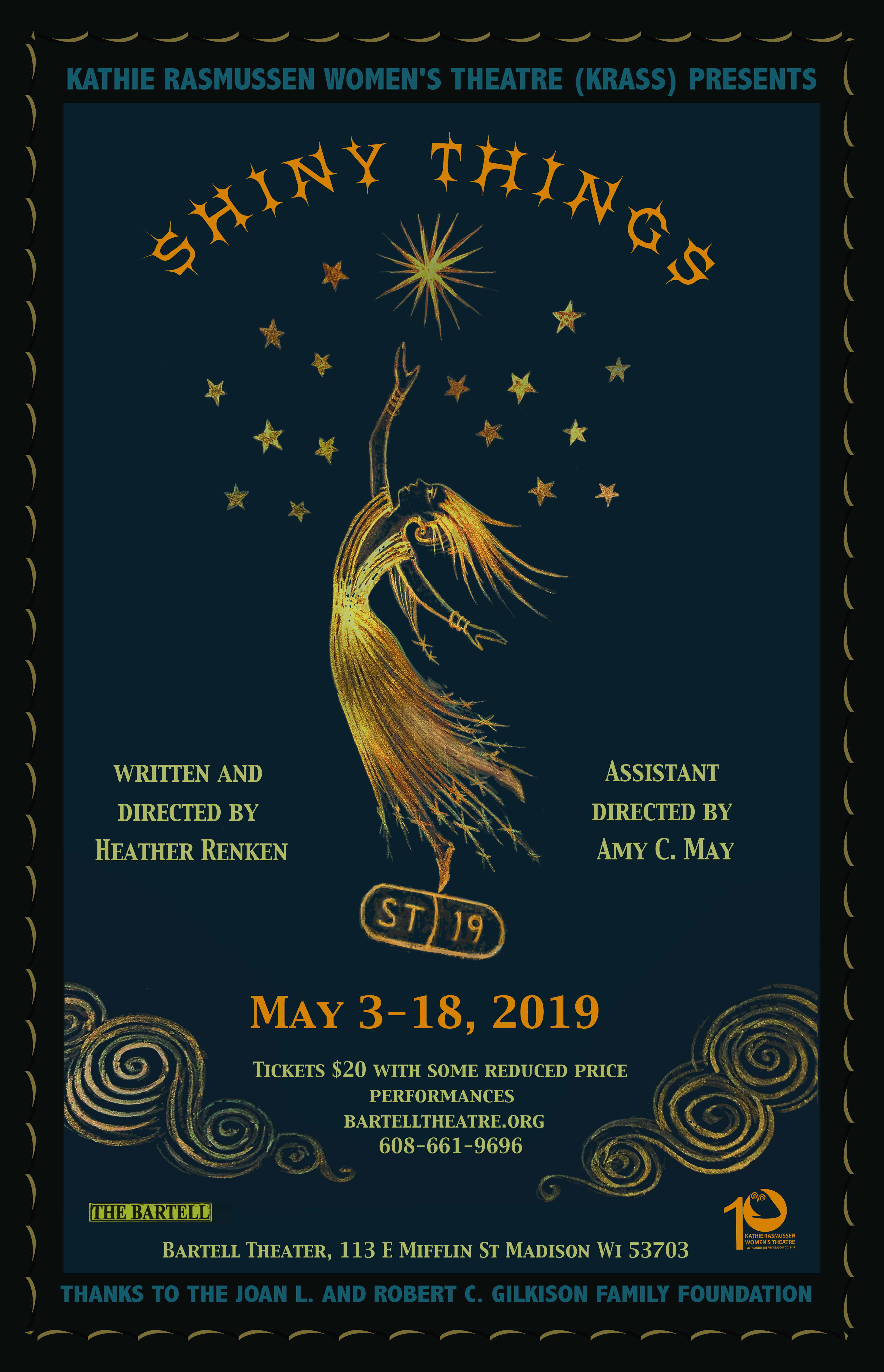 Written and Directed by Heather Renken
Assistant Direction by Amy C. May

For the Tenth-Anniversary Season of Krass, a ten-year-old serio-comedic play comparing living with Attention Deficit Disorder as akin to residing amid endless vaudeville performances. While the audience is delighted by Dr. Backwards, Mae West, and a few surprises Flo Ziegfeld would envy (if only he’d lived to see this show), Eliza’s ADD has complicated her life since childhood. She’s a sculptor who rarely completes a project, can’t hold down an office job, and fears her scattered attention will embarrass her husband and hurt his career. Pharmaceuticals can alter her behavior but at what cost?

*The performance on Wednesday, May 8th is a pay-what-you-can brush-up rehearsal. No tickets will be sold, but donations are greatly appreciated. Public welcome!

Shiny Things will be performed on the Evjue Stage.