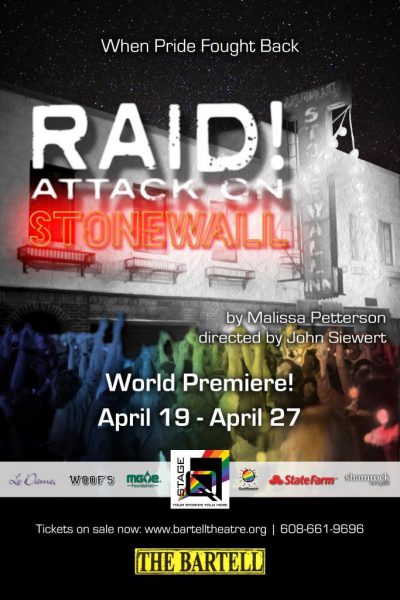 An original work, commissioned by StageQ; this fully immersive experience will transport audiences back to the Stonewall Inn on the night of the infamous raid. As the stories of Stonewall’s owners, patrons, and employees interweave and unfold, the raid that started the near-week-long riots places the audience between the people who could live as themselves within the confines of the ill-fated bar and the police sent to crush their spirits.

Raid! Attack on Stonewall will be performed on the Evjue Stage.

For more information on this event, visit stageq.org.