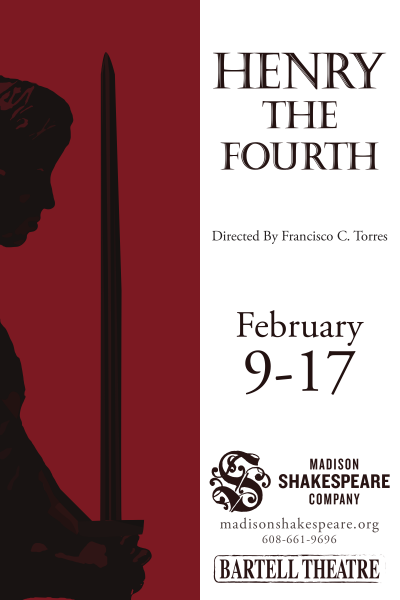 When you seize power in chaos, your reign is tainted by chaos. It is as true today as it was in the 15th century.

Madison Shakespeare Company continues the Henriad with Henry the Fourth, in MSC’s first full-length production at the Bartell Theatre.

After deposing King Richard the Second, Henry Bolingbroke struggles to maintain control of his own kingdom. Henry Percy, known as Hotspur, is shaping up to be a formidable opponent. Prince Hal can barely keep a sober head, let alone buttress his father’s kingship. And, of course, there’s Falstaff to contend with.