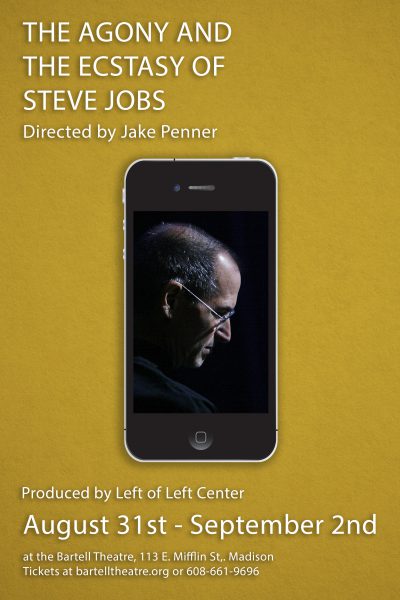 The Agony and the Ecstasy of Steve Jobs

Foxconn is coming to Wisconsin, so Jobs must come as well.

Mike Daisey saw leaked photos from a Foxconn plant in Shenzhen, China that changed his world. So he visited the plant. What he learned about working conditions and the human cost of innovation blew his mind, and changed everything he thought he knew about Steve Jobs, Apple, and the unending technological revolutions that have shaped our world for decades.

He performed those experiences across the country hundreds of times in a monologue called “The Agony and the Ecstasy of Steve Jobs.” Left of Left Center has adapted Daisey’s script for a Madison premiere on August 31, with four performances over Labor Day weekend.