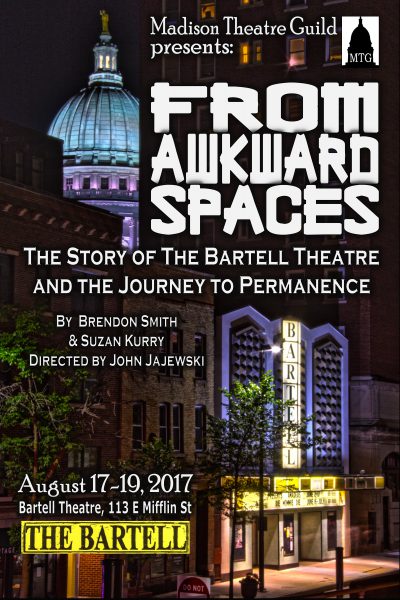 An original play about the Bartell Theatre’s history. Six local theatre groups, who have been producing plays in whatever space they could find, unite to create a permanent home. Being led by a retiree who likes a challenge, they quickly learn there’s more drama in building a stage than performing on it.

This play is a fundraiser for the Bartell Theatre Foundation – to celebrate the 20th Anniversary Season!!