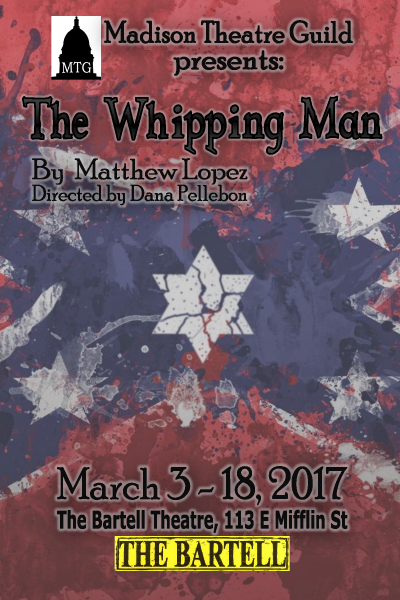 It’s April 1865 and the Civil War has just ended. Caleb DeLeon, a severely wounded Jewish Confederate officer, returns to his family home, now in ruins and abandoned by everyone except for two of his family’s former slaves. It is the second night of Passover, and the three celebrate a Seder, commemorating the freeing of the Hebrew slaves from bondage in Egypt. But the pains of more recent enslavement are not so easily soothed.

The Whipping Man explores the bitter irony of Jewish slave-owning and the challenging new world in which former slaves and masters find themselves.

The running time is a little over 2 hours with a 15 minute intermission at 1hr 5mins.
SHREK: The Musical!