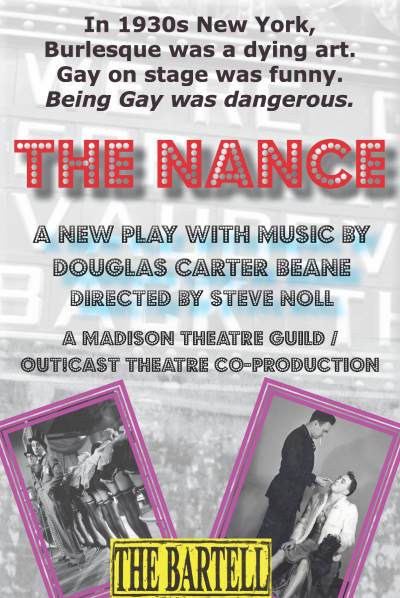 A Co-Production of Madison Theatre Guild and OUT!Cast Theatre!!

Chauncey Miles is a gay burlesque comedian who plays a “nance” – a stereotypically flamboyant, camp representation of a homosexual.  Caught up in New York Mayor Fiorello LaGuardia’s crackdown on “deviants” before the 1939 World’s Fair, Chauncey is forced to confront the contradiction between the character he plays on the stage and who he is in real life.

The Nance‘s mixture of broad comedy and pathos brilliantly depicts the time when it was easy to play gay but dangerous to be gay.

On the Drury stage