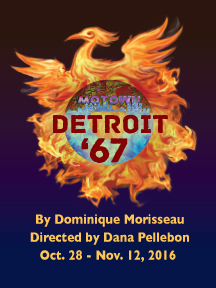 Winner of the Edward M. Kennedy Prize for Drama Inspired by American History

Dominique Morisseau takes the audience on a journey to 1967, in the city of Detroit. Motown music is getting the party started, and Chelle and her brother Lank are making ends meet by turning their basement into an after-hours joint. But when a mysterious woman finds her way into their lives, the siblings clash over much more than the family business. As their pent-up feelings erupt, so does their city, and they find themselves caught in the middle of the ’67 riots.