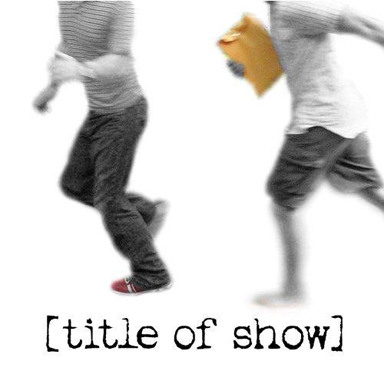 Music and Lyrics by Jeff Bowen

Let’s put on a show! And let’s submit it to a musical theater festival! But the deadline is only three weeks away. We don’t have anything to write about. How about we write about what to write about? What should we put in the space on the application that asks for the show’s title? Let’s just say [title of show]. In this love letter to musical theater and the joy of collaboration, two guys write a musical about writing a musical.