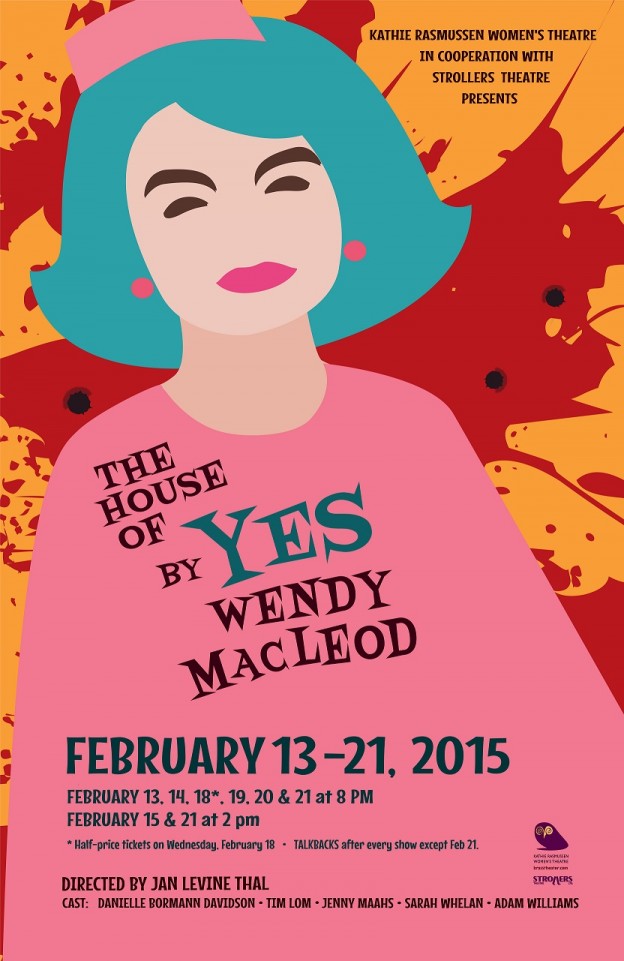 TALKBACKS
after every show
except Feb 21.

The House of Yes

The House of Yes
by Wendy MacLeod

Not suitable for children under age 13.

Thanksgiving 1983. A violent hurricane swirls outside. Inside the Pascal house the storm of the century–brewing since JFK’s assassination–is about to erupt…and you’re invited. What could be funnier than death and incest?

The Kathie Rasmussen Women’s Theatre (Krass) in cooperation with Strollers Theatre invites you home for a twisted holiday at Wendy MacLeod’s The House of Yes, directed by Jan Levine Thal. This black comedy depicts the Pascals, an unabashedly self-centered lot stricken with Kennedy envy, dwindling resources, and a fondness for guns. When their first visitor breaches their bizarre household, they respond with sex and violence while struggling for impossible normalcy. Their story is vile yet accessible, disturbing and yet gripping, and ultimately presents a hilarious and menacing satire of privilege, humanity, and love. A wickedly funny tale perfect for anyone who has ever fallen in love with the wrong person.

TALKBACKS after every show except Feb 21.