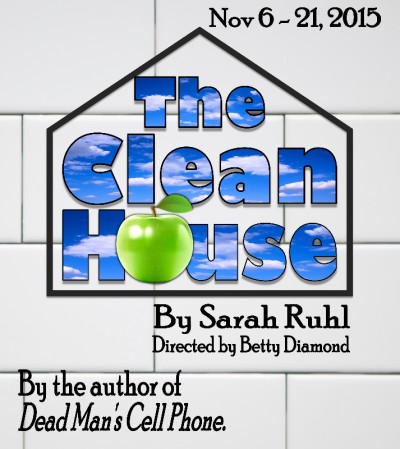 By the author of Dead Man’s Cell Phone, In The Next Room, or the vibrator play, and Eurydice.  A 2005 Pulitzer Prize Finalist.  Matilde, the Brazilian housekeeper of a married couple who are both doctors, hates housework.  She really wants to be a stand-up comedian.  Lane, the lady of the house, has a sister who loves housecleaning, and she takes over the cleaning so Matilde can work on creating jokes, which she sometimes delivers in Portuguese.  Trouble comes when Lane’s husband reveals that he has found his soul mate in a cancer patient he has treated. This wildly funny play is a whimsical and poignant look at class, comedy, and the true nature of love.
The second event of Madison Theatre Guild’s 70th Season!