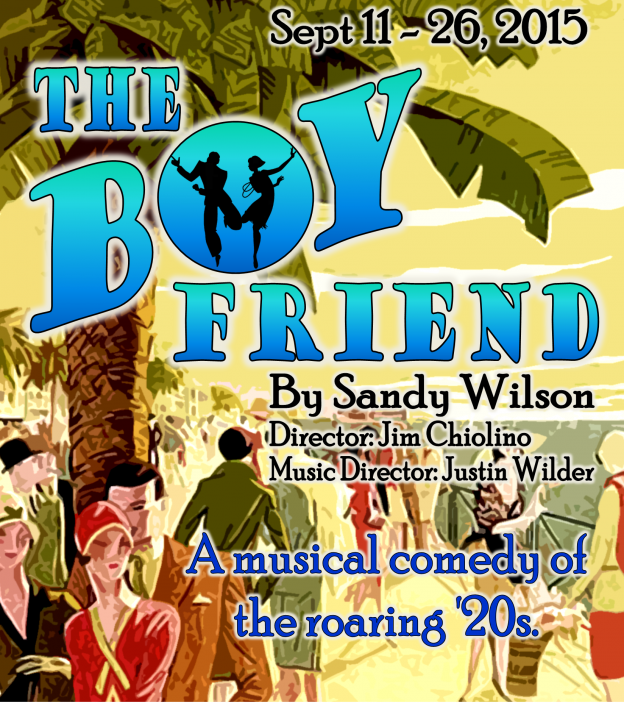 A musical comedy of the roaring ’20s!!
by Sandy Wilson

In honor of MTG’s 70th season, we will be remounting a production that MTG has done 3 times in its history. A witty send-up of the frothy musicals of the 1920s and set in Madame Dubonnet’s Finishing School outside of Nice, THE BOY FRIEND tells the story of Polly, an English heiress, who longs for a boyfriend. Her father, who believes any boy who isn’t wealthy will court Polly only for her money, has forbidden her to date below her class. Polly, of course, falls for Tony, the messenger boy, and leads him to believe she is a working class girl. The mistaken identities multiply from there until the inevitable happy ending. Julie Andrews made her Broadway debut in this show!