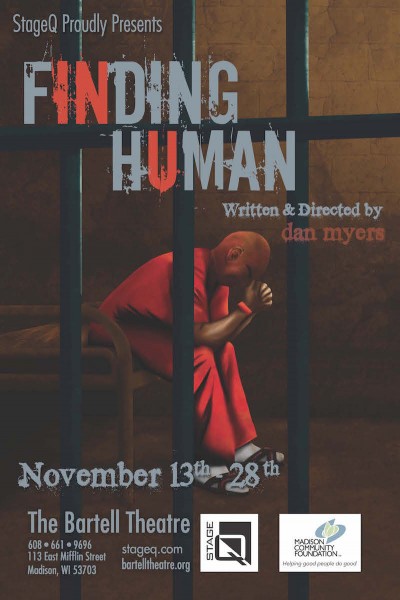 Synopsis: 10 years ago, James was sentenced to Florida’s death row for the brutal murder of a priest. He never provided a reason for his actions, but rather accepted his guilt in silence. This is the story of the last week of this man’s life and some of the people that share his immediately world. Each of them trying their best to answer the question: Why?

Finding Human had its first run in January 2015 at Broom Street Theater, where it received strongly favorable audience reactions and reviews.

When Michael Bruno, President of StageQ, Inc. and Dan Myers first discussed bringing Finding Human to StageQ’s 2015-2016 season, Dan Myers only had one request: that it comes with the same cast. So, returning in the roles they originated at Broom Street Theater are:

For more information about the show contact Producer Michael Finnegan at finn@stageq.com.