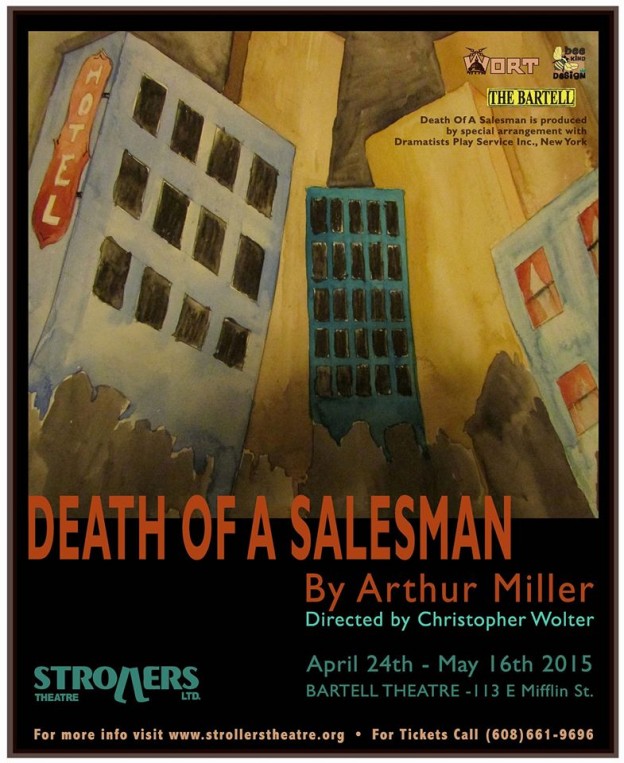 “Death Of A Salesman” shares a rightful place on the top rung of the canon of classic American plays, and is as relevant today as when it was first performed on Broadway in 1949. This deceptively simple story follows Willy Loman, a traveling salesman, along his tragic road as he spirals down through depression toward suicide. Loman is a classic everyman, whose struggle to realize his dreams of success resonates within us all. Universal questions about the nature of happiness and success, of aging and of family responsibility are primary themes in this seminal play by one of America’s greatest playwrights.