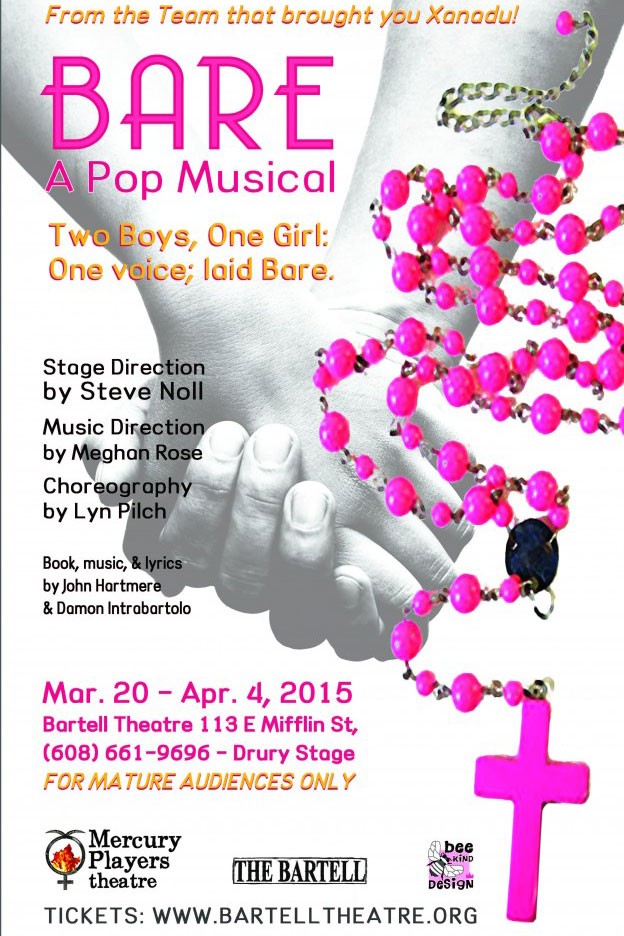 This show is appropriate for people 16 and older.

All tickets are $20 general admission.

This rock musical (think Rent or Spring Awakening) is set in a Catholic boarding school in the late 1990s. BARE tells the story of a doomed romance between Jason and Peter. Both popular and attractive (and secretly in love with each other), they are the center of a group of friends obsessed with drugs, parties and secrets. Nadia, Jason’s food obsessed sister, hates her body and feels everyone else hates her for it. Matt, the jock, thinks no one understands he can be sensitive and loving. Ivy, the popular pretty girl, hates (and loves) her reputation as a slut. The local Priest and Peter’s mom both obsess over “normal” lives for the kids.  But one drunken night leads Ivy and Jason down a path that will change all of their lives forever.

This show is appropriate for people 16 and older.
All tickets are $20 general admission. Run time: 2:30.